What is a Guqin

The Chinese zither, called guqin (古琴), has existed for over 3,000 years and represents China’s foremost solo musical instrument tradition. The guqin was an instrument of great subtlety and refinement associated with the ancient Chinese philosopher Confucius. Guqin playing developed as an elite art form, practised by noblemen and scholars in intimate settings, and was therefore never intended for public performance. The guqin was one of the four arts (琴,棋,书,画)– along with calligraphy, painting and an ancient form of chess – that Chinese scholars were expected to master. The guqin has seven strings and thirteen marked pitch positions. By attaching the strings in different ways, players can obtain a range of four octaves. The three basic playing techniques are known as san (open string), an (stopped string) and fan (harmonics).

By tradition, the qin originally had five strings, but ancient qin-like instruments with 10 or more strings have been found. Learning In A Relaxed Environment 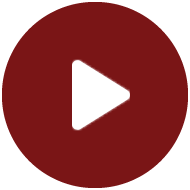 Guqin classes at Heritage Strings and Arts focus on building a strong foundation in music knowledge and playing techniques.

Guqin lessons progress in three main levels: Beginner (Grade 1-3), Intermediate (Grade 4-6), Advanced (Grade 7-Diploma). Each level is taught in a progressive and cumulative manner to optimise the potential of each student.

Lessons for beginners will involve the learning of string plucking techniques and reading of musical notes from traditional Chinese pieces. String play mastery and the learning of music pieces will be in accordance with the students’ learning ability and pace. Prior music experience is not required.

Increases confidence and offers a sense of achievement

Relieves stress and contributes to emotional well being

It is fun and a form of self-expression

Appreciate the history and culture of this 3000 year old instrument Speak to us today via WhatsApp

Our syllabus is based on the Teng Academy Graded Examinations for Chinese Music Instruments. Students will learn to master a range of technical finger practices and traditional pieces. Save our number (91677655) as a contact in your phone so that you will be able to receive our WhatsApp broadcasted messages.